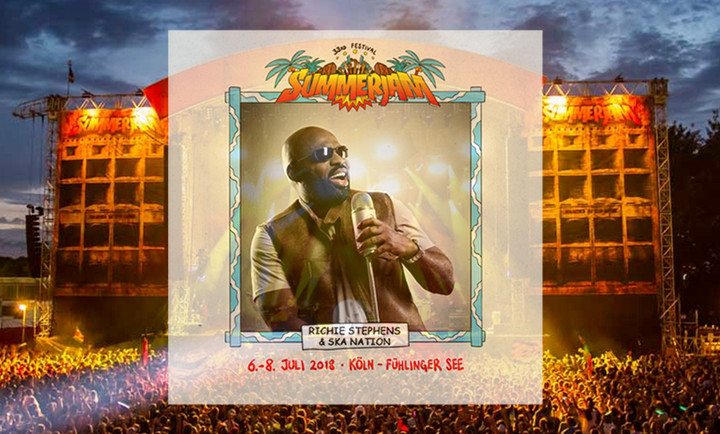 With his captivating voice and a sound that exhibits his passion from every note, Richie Stephens and SkaNation Band release their new studio album “Internationally”, on the 15th of April 2016 (Pot of Gold, Adriatic Sound/Zojak Worldwide).

“I truly think ska music should be preserved and respected by us as Jamaican people for being our first international music” says Richie Stephens.

Connecting with the Skanation band, whose name was given to them by Richie Stephens, while in Italy last summer at the Casalabate Festival, the creative bond was instant. The single ‘Kingston Salento’ shows the connection and love for ska on a global level. With half of the album being completed in Italy and half the album completed in Jamaica, ‘Internationally’ is also symbolic of the passion and impact ska music have on a broader spectrum.

“Ska music is far more loved and respected over seas than in my own country Jamaica” says Richie Stephens.  The album ‘Internationally’ follows a theme  genre of Ska and gives listeners an ability to dance as well.