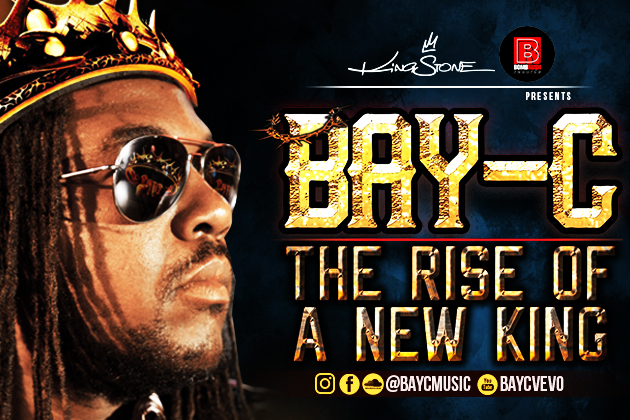 The mixtape “Rise Of A New King” is a collection of tracks that the artiste has been releasing since the start of the year, along with songs from his recent “Better Must Come” EP and yet to be released singles that will be out and popping by the summer.

“It’s definitely not my first mixtape but it’s great when fans can get a collective representation of you in one project, since last year’s EP showed the roots side of me this ‘Rise Of A New King’ mixtape can showcase the dancehall and fusion sound as well” Bay-C shared.

“This mixtape is more of Dancehall royalty and me recognising that position as an artiste. Anyone listening can feel like they’re royal as the mixtape is not just about Bay-C but more that each person has the potential to be regal in whatever they do” Bay-C chimed.

There are specific tracks that the artiste wants listeners of the project to pay close attention to as well: the single “Bad Anyweh”, an unreleased afrobeat track called “Diamonds” and the recently released “Pop Bottles” single which is doing quite well at the moment, are among Bay-C favourites on the project.

The “Rise Of A New King” mixtape is currently on Soundcloud here and on Mixcloud here for fans to listen to. Fans can also look forward to new music from Bay-C in the coming months as well as new merchandise and an upcoming summer European tour.