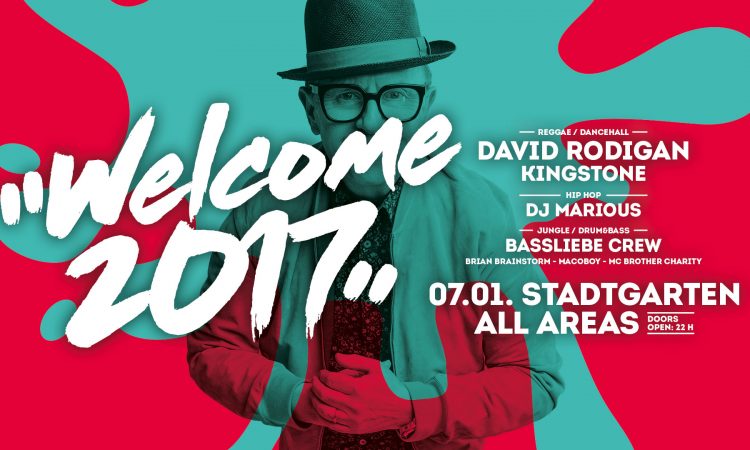 For over 35 years David Rodigan has been the top dog in the ganja-scented, bass heavy-atmosphere of Britain’s reggae dance halls. The key to his success has been an unsinkable passion for reggae music, which first took a hold of him as a schoolboy when he heard ska music in the early ’60s.
He developed an obsession with the music of Jamaica that generated an encyclopaedic knowledge of the island’s every artist, every song and every rhythm track.

Rodigan began his reggae broadcasting career in 1978 on BBC Radio London. He moved to Capital Radio in 1979 and remained there for eleven years broadcasting his legendary ‘Roots Rockers’ show every Saturday night. His credibility was ensured when he began clashing with Jamaica’s champion DJ, Barry G on JBC Radio in Jamaica. He then went on to clash with all the top Jamaican sound systems in the West Indies, the USA and England.

In 1984 he joined BFBS (British Forces Broadcasting Corp) where broadcast his weekly reggae show for 25 years until 2009.

In 1990 he joined the newly legalised Kiss 100 where he presented a variety of daytime shows for 10 years before kicking back to his weekly reggae show, which he broadcast for another 12 years until 2012. Having seen his show reduced from 2 hours to 1 hour in 2011 he resigned in protest at the marginalising of reggae music when the show was re-scheduled into the twi-light zone of broadcasting, midnight – 1am in November 2012.
In February 2013 he joined the BBC to present a new weekly reggae show on Radio 1Xtra on Sundays between 7 and 9pm and also a summer season of classic ska, rock steady and reggae on BBC Radio 2.